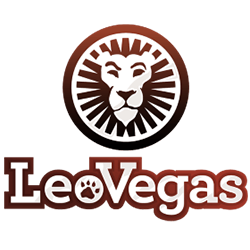 How To Play Roulette

Roulette is quite a simple game if you get to understand how the numbers work in the game. The first step is to know the different wheels used in the game. Most wheels have numbers ranging from 0 to 36. In the French and European versions of the game, there is a single zero, while the American version has a double zero.

The croupier who controls the game, starts by rolling the white ball and spinning the wheel after all the bets have been placed. The Roulette bets themselves are placed on the numbers on a table, which is in sync with the numbered slots where the ball can land. The Roulette table has numbers arranged in a manner which also has to be understood. The numbers from 1 to 36 are listed in three groups, each containing 12 numbers. This grouping is known as 1st 12, 2nd 12 and third 12. These numbers are also placed in two groups of 18 where the groupings are 1-18 and 19-36. The other groups visible on the Roulette table are even, odd, black and red.

In the American version, there is an additional bet on 5 specific numbers 0,00,1,2,3 with a pay ratio of 6:1. The outside betting is done with the colours red or black and even or odd numbers, with a payout ratio of 1:1.